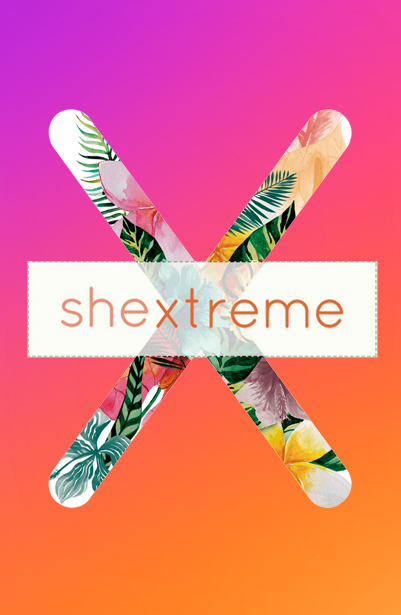 It’s 5th October and we’re driving down to Bristol with our film maker and friend Paul Stringer and two of our badass boarders Iqra and Malikah! As everybody popped bags of crisps open and began their chitter chatter; I sat quietly in the passenger seat staring out at the landscape (yep, true introvert) thinking what it even means to be OFFICIALLY SELECTED by Shextreme film festival. Not only that, but what it would feel like to WIN the award of Best Short Film 2018. Cue feelings: 0magawdddyalala9wa475hKJSNuwrywowowOWRUYQ98yu4hnw sa’s

…I also thought about how it all started and how we were on this road trip in the first place.

So here’s a snippet down memory lane…

2013: I bought my very first longboard after watching many American YouTube vloggers cruise the streets and look mad cool! My first board purchased from SkateHut was a Mindless Pintail Longboard. I ripped it out of the box, had no idea what bearings, trucks, grip tape or any of this skate jargon was! I took it to the park straight away and just stared at it as it prettily sat on the path, myself shit scared to even stand on it. My friend stood next to me and told me to hold her arm and she would walk, you know, to get me going and feeling confident. An hour had passed and she was still walking, me being pulled along! Me out loud: “I can do it! This is great, I love longboarding.” Inside: “what an epic fail and waste of money! How stupid lol?”

I visited the park many times but eventually stopped boarding after 2 months because:

2016: I met a dude at work and we started chatting. I told him I have a longboard and let him have a go. He fell in love and placed his Amazon order the same night! We started boarding together and it was AMAZING. This is just what I wanted, a person to board with and to learn all about its parts, accessories, tricks and techniques. But… I wanted to go further. I didn’t want to just board with my friend, even though I was having a great time. I thought to myself how MAD would it be if there was a group of girls that would do this with me and how we would ride the streets looking super duper powerful and mega in charge! EPIC RADNESS!

2017: I wanted to create a longbaording crew. We applied and received some funding from Sport England, fundraised longboards from the online community and put a call-out online to girls in Brum who wanted to learn how to longboard. Boom. Boarders Without Borders was born! We filmed the entire initiative and made it into a documentary. It was featured on BBC, ITV, Channel 4, Thrill Magazine and Phox Pop. We screened it in Birmingham & London and then fundraised for next years course!

2018: We had another intake of boarders and this time people even joined us from London. We were officially selected after our nomination to Shextreme Film Festival. We not ONLY won the award of Best Short Film! WE MADE HISTORY because we won Best Short Film AND the Audience Choice Award.

I sat in the audience that night with tears rolling down my face. I couldn’t believe that me, a girl with shattered dreams, exhausted from the handful of challenges life threw at me was sitting in a very privileged environment in Bristol with gigantic butterflies in my belly. I was too nervous to win because it would mean that all the crazy ideas I had actually worked and people were now longboarding because of me wanting to longboard. It’s CRAZY! People who come from my background aren’t used to winning awards and being in environments where praise and encouragement is casually floating in the atmosphere. It was such a unique feeling knowing my idea and desire to have a community of women of colour longboarders had become a success and we had won 2 awards. What a privilege!

I am extremely grateful for all the boarders who believed in this initiative and invested their Sunday mornings and efforts in learning and becoming longboarders.

Here’s to many more cohorts, more women of colour on longboards, more GirlDreamer’s living their best life and more women being: