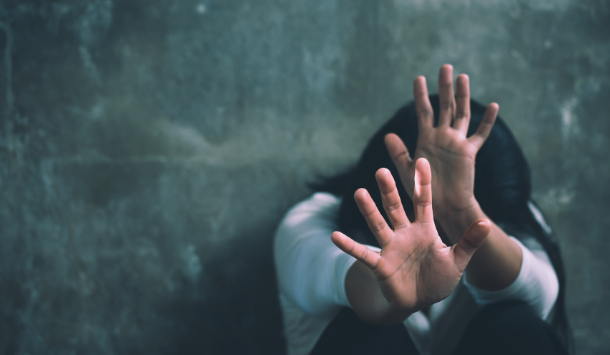 Blurb: I felt mentally disturbed and physically sick writing this article. The death of Bao Li was
a wakeup call for the Chinese society but it shouldn’t just stop there at the border. Besides
the personal significance to me as a Chinese woman, I believe it is important for us to look
beyond the Western world, acknowledge the suffering of women in the Global South and
fight for their rights and liberation. The article contains triggering contents. Reader discretion
is advised.

Having lived in the UK for almost 8 years, at times I feel very much disconnected from my homeland China. I have to admit, whilst I enjoy the freedom and equality here and go only as far as calling out my mum’s sexist comments every now and then, I have inadvertently turned a blind eye to the suffering and the struggles of my fellow Chinese women. I can’t blame it on the time difference because I was a month late when I came across the news of the death of Bao Li (pseudonym), branded as the suicide of Peking Unversity student due to emotional abuse from her boyfriend.

Mou is also a student at Peking University, the best university in China alongside Tsinghua – think the Chinese equivalent of Oxbridge. According to himself in the text messages between Mou and Bao exposed by Bao’s mother, he is a traditional, conservative and close-minded man. Both high-achieving individuals, they begin their relationship working as Officers at the Student Union. An enviable couple by the standard of the society, their story was doomed to end in tragedy when Mou found out that Bao was not a virgin and that’s when the abuse started. From the screenshots, I read horrifying messages ranging from physical abuses of kneeling and slapping to even more shocking and disgusting psychological abuses. [1] When Bao broke up with Mou initially, he tricked her into reconciling with him by lying that he had overdosed on sedative because of the break-up and had to undergo gastric lavage. He asked her to get pregnant and then deliberately abort the unborn baby and undergo a sterilization operation. He told her to tattoo the words “I am Mou’s dog” on her body. He took nude photos of her so that he could share them online if she ever left him. “You’ve given your best thing to another man.” Mou repeatedly told Bao, referring to her virginity. [2] After a failed suicide attempt by slitting her wrist, Bao overdosed on pills and was declared brain dead before passing away. [3]

I was angered and disgusted but it became even more infuriating when I started to read some of the responses from the public – not just the general public, but reputable professors and academics at the University. Partially due to the deep-rooted macho culture and the obsession with female virginity, combining with the mentality of “saving face” and the tradition of sweeping negatives under the carpet, many supposedly intellectuals shifted the blame on the victim, downplaying the significance of the incident and disregarding the abuse from the perpetrator whilst calling the victim a slut, saying that she was weak and got herself in the situation. I first came across the incident from a post by a classmate from secondary school who studied at Peking University and even there, I saw a comment saying that Bao was a negative role model with no self-respect. However, despite the initial censoring, I did find some comfort in public outrage that followed suit. [4]

The incident has attracted a great amount of  discussion and debate. Whilst most people have voiced support for Bao and her mum to pursue legal actions towards Mou,  many netizen’s reflections were around women should be vigilant so that they don’t end up like Bao. [5] But instead of just saying don’t be like Bao, shouldn’t we be saying don’t be like Mou? Whilst it is important to learn about self-protection, isn’t it more critical to teach boys and men to respect girls and women? And more crucially, to erase the double standard when it comes to virginity? To educate society about gender equality and sexism? Bao was not just a victim of Mou, but a victim of the macho society. The feudal thoughts of machismo and virginity are deeply rooted in the social fabric. For example, many women who were raped believe it was their fault. Bao’s last message to Mou before her suicide read, “I met you, such a shining star, but I am just a piece of garbage”. [6] She felt guilty and ashamed for not being a virgin and believed that she was unworthy of neither Mou nor being alive. She received the best academic education, yet the distorted values instilled in her by society pushed her to her death. I do want to point out, however, that in the Western society, it is getting more prevalent where young people are pressured into having sex or otherwise being seen as a prude which is equally concerning.

My reflection on the tragedy doesn’t end here. I’m certain that if Bao was not a student at Peking University as eye-catchingly headlined by every news article on this incident, nobody would have cared. Her life carried more value due to her status and her mother was educated enough to expose the evidence online and seek justice for her daughter.

How many women have died and are dying whose stories will never see the daylight?