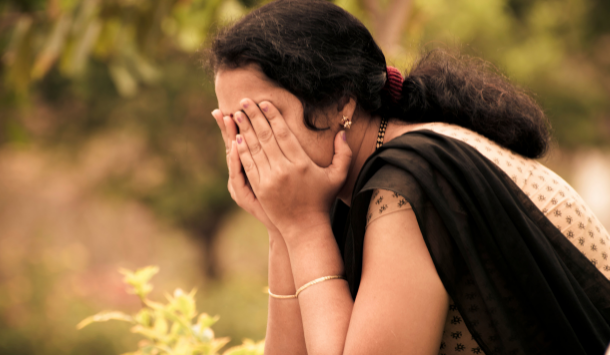 Monday 8th March, 2021, 9pm. I made myself comfortable with a cup of tea before planting myself firmly on the settee, ready to watch Meghan Markle’s much-awaited interview. The internet was running wild in the days preceding her rendezvous with Oprah. I had no idea what to expect, other than controversy.

Her intimate conversation was met with a range of opinions. Viewers appeared to be divided in their stances. Whilst staunch followers of the Royal Family were hesitant to show Meghan support, several others took her poignant account as an opportunity to open up about their own predicaments.

Many of Meghan’s difficulties struck a chord with several South Asian women, who have stepped up on social media since to share their ordeals with intrusive in-laws, mental health, racism and colourism.

Yet surprisingly, there’s still a vast number of South Asians who are reluctant to extend their sympathies to the former Duchess of Sussex. Many elders of the community (or ‘aunties’ and ‘uncles’ as we have become accustomed to calling them) have shown little support, stating that Meghan was “over-reacting,” at her outrage by the Royals’ colourist remarks, and have insisted that she is simply being inauthentic. One aunty even went as far as telling me, “well, she’s an actress, this is her job.”

Several other ‘aunties’ and ‘uncles’ reiterated that for her to leave the country with her husband was a “massive overreaction” and disrespectful towards her in laws. They also appeared to make it clear that she was most likely fabricating her experiences with mental health.

“Asking what colour a child will be is normal,” an uncle asserted, “we always ask these questions when a child is born.”

At first, I thought maybe they were right. After all, it’s not completely unheard of for family members of pregnant couples to ponder on what a child may look like on birth. But after mulling over the issue for a while, I had to disagree.

Of course, this does not apply to all South Asians, but we simply cannot claim that racism and colourism doesn’t exist in South Asian communities.

I recall countless incidents where I was told not to play in the sun in fear of “getting dark,” and being smothered in sun cream purely to shirk a natural tan. Whilst I am ashamed to admit this, I myself carried on the legacy of the unhealthy fascination with fair skin. I still have vivid memories of the dozens of tubes of Fair and Lovely sprawled across my dressing table– and I know for a fact that I’m not the only one.

I distinctly remember the glorification of light skin in Bollywood and Lollywood (Pakistani cinema) and the persistent denigration of darker skinned men and women. And let’s not forget that the word ‘fair’ in English is synonymous with beautiful.

My community ‘aunty’ felt that comments about the colour of future children were normal because she herself may have asked the same questions, and would have undoubtedly been bombarded with similar, degrading queries throughout her own pregnancy.

Having a preference for fair skin doesn’t make you a colourist or a racist – but if we dig a little deeper and uncover the sinister origins of the South Asian infatuation with fair skin, we see that British colonialism and racism plays a huge role.

Whilst I seemed to have cracked the code as to why the topic of skin colour was overlooked in the community, I couldn’t get my head around their apathy towards Meghan’s dwindling mental health and her desperation in meeting the needs of her in laws.

It seemed absurd to me; how could female community members who have struggled with in-laws and seen a toll on their mental health not be able to draw parallels with their own lives?

Another ‘aunty,’ very crudely remarked, “she left the situation, why is she still complaining?” It was then that it dawned on me.

Leaving an abusive marriage or family is an unfathomable concept for many South Asian women. Loyalties are expected to lie with parents, husbands and families of husbands, no matter how toxic. The same people reluctant to show support are the same ones who believe that such troubles are simply “things that women just have to put up with.”

Many older South Asian women who were made to suffer their whole lives expect the same for future generations, seeing it as a normal part of culture. Those who aren’t forced to endure such hardships are deemed lucky, and those who escape them are deemed defiant – which explains Meghan Markle’s staggering unpopularity amongst many of the older generations.

If women decide to leave a household which causes them grief, they are most likely seen as being stubborn and unable to compromise – traits which are all considered highly undesirable in South Asian wives.

Members of the community who have been struggling mentally and emotionally for the entirety of their married lives will never be able to relate to Meghan. Because unlike them, she saw a way out. She realised there was a problem. She saw her life taking a dark turn. So, she put herself first, and she left.

My ‘aunties’ will undoubtedly view Meghan’s exit from the Royal Family as an act of disobedience, and this would surely remind them of their own perils faced as a result of their families and in-laws. They may also have been gaslit into believing that their troubles were merely an organic part of married life. If they couldn’t escape, no one else should be able to either.

This needs to be changed. No woman should have to experience such things in the name of “cultural norms.” It’s time we eradicate such measures and put an end to the misogyny, racism and mental health taboos once and for all.