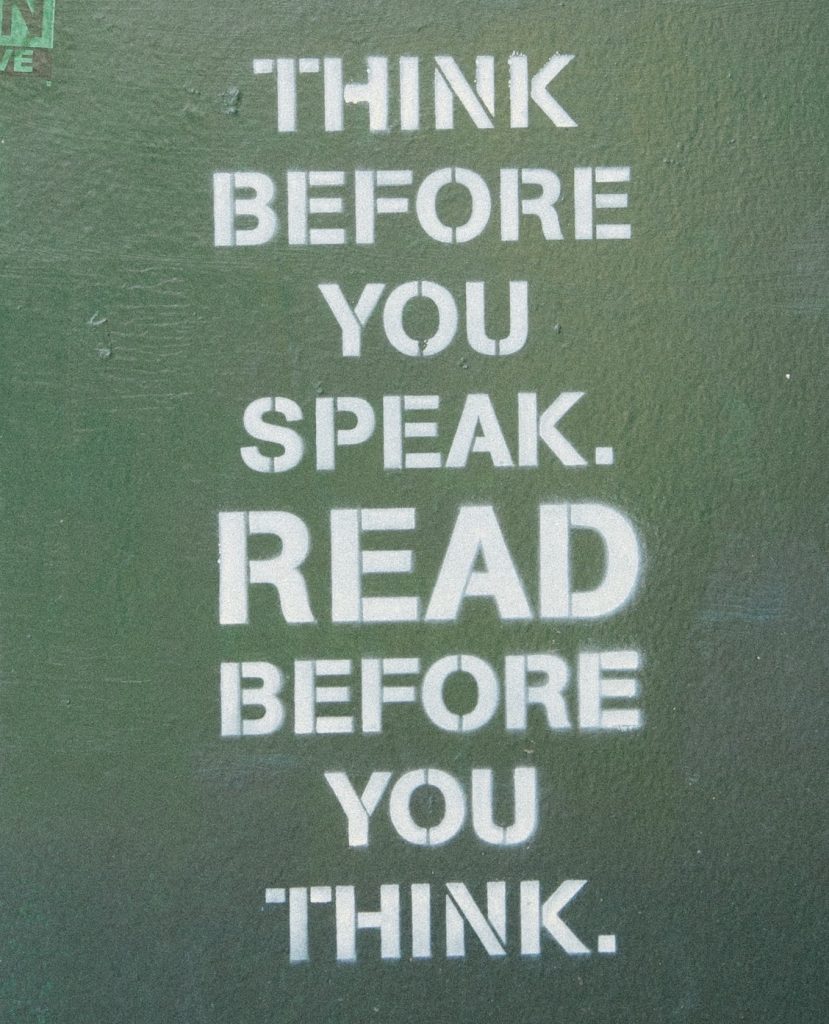 My stomach lurched when I saw #CharitySoWhite trending on Twitter a few months ago. Having worked and volunteered in the sector intermittently for the past six years, the thread made for disappointingly validating scrolling. But whilst the stories shared caused a collective clutching of pearls among my white counterparts, I’d be lying if I said I was surprised. Fittingly, condemnation from charity leaders was conspicuous in its absence.

These experiences – overwhelming barriers to access, a shameful lack of BAME employee representation, explicitly racist behaviour, and more – are usually associated with the private sector. This campaign, launched by Fatima Iftikhar, abruptly pulled the wool from the sector’s eyes, laying bare an uncomfortable reality: it’s not exempt. 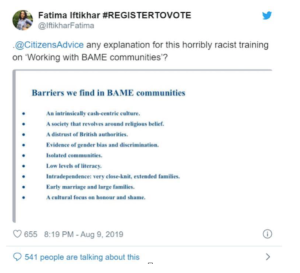 Iftikhar’s screenshot of Citizens Advice’s training neatly captured what I, and many POC (people of colour) in the sector, have long thought: there is something especially sinister about racist behaviour from those claiming to champion the marginalised. It’s hard to imagine that such a resource would have been green-lit (or would have even been pitched) if communities of colour had been meaningfully involved in its coproduction. It demonstrates just how crucial it is that the people working in this sector reflect the communities they serve.

It’s especially important because charities’ service users and beneficiaries of colour are further marginalised on the basis of how they look. This is the case for all communities with protected characteristics, and the many ways they can intersect. For this reason, charities should be collectively addressing this inequity as a matter of urgency.

The road to racism is paved with “good” intentions

So why aren’t they? Why is it that the charity sector’s diversity stats are perennially worse than those of the public and private sectors?

A particularly insidious explanation is that the white charity workforce wields a uniquely transactional racist carte blanche. The sector relies on its “good intentions” to mitigate the injustices it perpetuates internally as well as externally. Here, the Well-Intentioned White Person™ can do no wrong; they can only be “trying their best.” How could they possibly be racist? Look at all the good they’re doing! This pervasive and misinformed assumption has meant that for far too long, the charity sector has not been subject to the same scrutiny others have faced.

The Well-Intentioned White Person™ exists beyond Stacey Dooley; they’re most likely also sat in the HR teams, communications departments, and trustee boards of most charities. Their good intentions become the gag to silence the alarmingly valid concerns of the POC in their midst. After all, we should just be grateful they’re helping us at all.

For my own sanity, I have to believe the majority of my white colleagues are sincerely well-intentioned, but even this shouldn’t be blindly assumed: the sector’s appeal to predatory opportunists is, after all, well-documented.

Marginalised groups should never have to shoulder the emotionally laborious burden of educating those around them alone, but they should absolutely be able to contribute to the production of diversity and inclusion initiatives and be supported to speak out.

With all of this in mind, here is a non-exhaustive list of recommendations to the sector:

#CharitySoWhite gave those unaware (deliberately or otherwise) a rude awakening. It’s time we dismantle the rickety pedestal the sector has constructed for itself, once and for all.

—
This months guest blogger is Rini Jones. Rini is a London-based policy and advocacy adviser in the nonprofit sector, she is passionate about equality at all intersections, learning languages, and running marathons! Twitter: @_RiniJones_