There is a huge misconception of females in the Middle East, particularly by the Western world and media. Being a Middle Eastern who lived in the UK for four years, I’ve been fascinated by the stereotypes and assumptions of Brits about Arabs and in particular Arab females. To be frank, there were some positive stereotypes besides the overwhelming negative ones. Regardless, I find it quite funny *sarcastic tone* how despite not knowing individuals from other parts of the world, we seem to group them together and make collective and provocative judgements about them. So, I thought it would be a great idea to share the top 5 common misconceptions I’ve heard about females in the Middle East with the GirlDreamer squad to have a laugh and more importantly to correct these misconceptions.
However, we should all bear in mind that while some stereotypes are incorrect, others have some level of truth to them, it really depends on which part of the Middle East we are talking about. YES, not all countries in the Middle East share the same concepts and socio-cultural norms. Therefore, to imply these stereotypes to ALL the Middle Eastern females is a generalisation.
So, with that being said, here are the top 5 misconceptions I’ve picked up on:
1. Middle Eastern women are financially dependent on men
That was indeed true in the past given how women were perceived to typically be housewives while men were the breadwinners. Nonetheless, this is no longer the case as more women now have jobs even if they are married and have kids. We also have tons of incredible women entrepreneurs starting their own businesses and capable of earning their own money. So to say we are financially dependent on men is pretty much rubbish.
2. Middle Eastern women hate Westerners and other religions.
I believe such a misconception is based on the false portrayal of Middle Eastern’s in film and TV by mass media and that “all Middle Eastern’s are Muslims”. This is complete nonsense. There are many Christians and Jews living in the Middle East and many Westerners live in Dubai and Qatar peacefully. Us Middle Eastern women have tons of stuff to deal with to actually have time to hate on other religions and Westerners. So for the most part, Middle Eastern’s are fairly tolerant.
3. Women in the Middle East don’t have fun
Okay. Westerners need to know that their dictionary definition of “fun” is not universal. Just because most of us don’t drink or go to clubs, doesn’t mean we can’t have fun. We have loads of fun in our own ways, different than yours but equally fun. We throw girls-only parties and gatherings that include fun games, dancing and lots of delicious party food. We have nice independent cafes, restaurants, gyms, shopping malls and even an indoor Winterland (you know since we don’t get real snow, we make our own and still have fun!)
4. Middle Eastern women are uneducated and oppressed
Alright this one is heavy. Because yes, we are truly oppressed and face sexism and gender biases on a daily basis. However, from the Western perspective this oppression is solely revolved around the hijab. As for them it portrays oppression, submission and a backward image of women who wear it. To clarify, although in many cases women are forced to wear it, many others do so out of personal choice depending on the country, but it is in no way defining who we are as a person or our intellectual level. I just wish that the West raise their “concerns” and focus on more serious issues that Middle Eastern women face than how we dress. Also, in countries like Qatar, most people (yes, women too) go into engineering or something medical so we’re very educated thank you. In fact, my older sister is the first female manager in the oil and gas sector in Qatar. Takes a good education to get you there!
5. Women in the Middle East are super rich and living a lavish life
As much as I like this stereotype, is it too good to be true, eh? Not all of us drive a G-Wagons or can afford to be a part of the Gucci gang with our bags and shoes. Given that women in the Middle East are now more financially independent, we have greater financial responsibilities to pay for and we support our families financially too. So Middle Eastern women being “super-rich” and “pampered” is an overgeneralisation. Also, while yes some of us are rich, please keep in mind we still wouldn’t be living a lavish life if we face great mental and psychological restrictions because of the horrifying women’s rights issues, after all, these materialistic things offer temporary happiness and will never be as equal and as great as the happiness we get from being free.
—
So there it is.
My point from all of this is that despite the stereotype being a positive or a negative one, I still believe it is damaging to society because it oversimplifies people’s qualities and creates an incorrect image of them. Leading to an “us vs them” mentality, stereotyping and discrimination. To some of us it feels like a restriction from living life how we want it to be because we need to live up (or live down in this case) to those stereotypes, otherwise we would be called sneaky, troubling and rebellious. 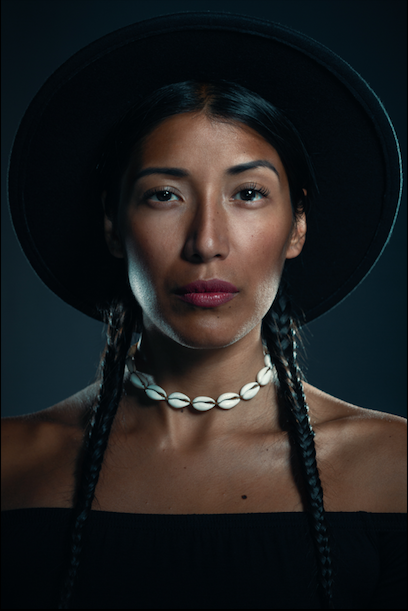